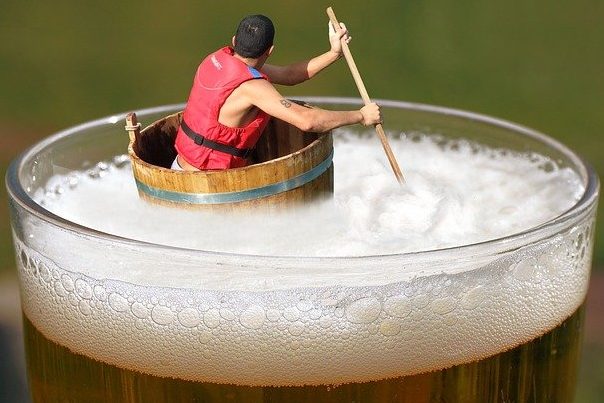 The beer industry has always given a strong contribution to the Italian economy: in the last year it created 9.5 billion shared value (0.53% of GDP 2019) and more than 108,000 jobs. But the pandemic crisis in the 2020 severely affected the entire supply chain, starting mainly from Ho.Re.Ca. sector: in just 6 months, the brewing industry lost 1.6 billion in shared value, and about 21,000 jobs along the entire supply chain, especially outside the home.

These are some of the main results of the study conducted by Althesys for the Birra Moretti Foundation. Overall, the supply chain creates 4.6 billion in revenue and 2.7 billion wages, the latter sufficient to support almost 39,000 Italian families. The sector’s tax contribution, including VAT, excise duties and corporate taxes, is significant and has increased by 8% since 2017, from 4.2 billion to 4.5 billion.

The brewer’s sector has always grown in the last four years mainly thanks to three factors: the increase in consumption, the ability of producers to follow the evolution of consumer tastes and the high added value created by beer in Ho. Re.Ca. Production has grown by 35% in the last 10 years and by 5% in 2019, up to 17.2 million hectolitres in the last year (Assobirra data, 2019) and also the shared value and employment created throughout the supply chain have grown: the first by 7% since 2017 and the second by 18% (Althesys 2019 data).

So much has been done, but there is no shortage of opportunities. The gap between exports and imports remains relevant: although since 2014 the former has grown six times faster than the second, in the last year the hectolitres sold in the national territory and not produced in Italy ware 7 million against the 3.4 sold outside the borders.

The industry has invested in creating new quality products, such as special beers. This is also thanks to the enhancement of employees and their professionalism. Workers in the beer’s production phase alone have grown by 3,300 in the last year (Assobirra data, 2019)

However, growth has come to a significant halt due to the pandemic: in the first half of 2019, 1.6 billion shared value was lost. In fact, in the six months, it stopped at 3 billion against a forecast of 4.6 (source Althesys). This decline is mainly due to the collapse in Ho.Re.Ca’s sales, heavily penalized by the lock-down period.

In conclusion, Althesys’ studies show that the brewing sector is an extraordinary engine for the Italian economy but decisive actions are needed for it to work today. While waiting to be able to return to normal, part of the tax revenue created by the sector should be transformed into resources for companies, reducing taxation and supporting the Ho.Re.Ca sector. Past timid measures to reduce excise duties on beer have shown that the net result for the system is certainly positive, creating shared value for all. Perhaps, in addition to vaccines, recovery fund, control room and dpcm, the restart could also come from a glass of beer on a table of friends dinking together.

The estimation of shared value is a methodology developed by Althesys for several years for the calculation of socio-economic repercussions on a territory (nation, region, municipality) of a company or sector. The analysis covers the activities carried out at all stages of the supply chain, from suppliers to distribution, and considers not only direct effects but also indirect and induced effects. The shared value is very different from simple turnover, added value and production, while starting from the balance sheet data of companies.