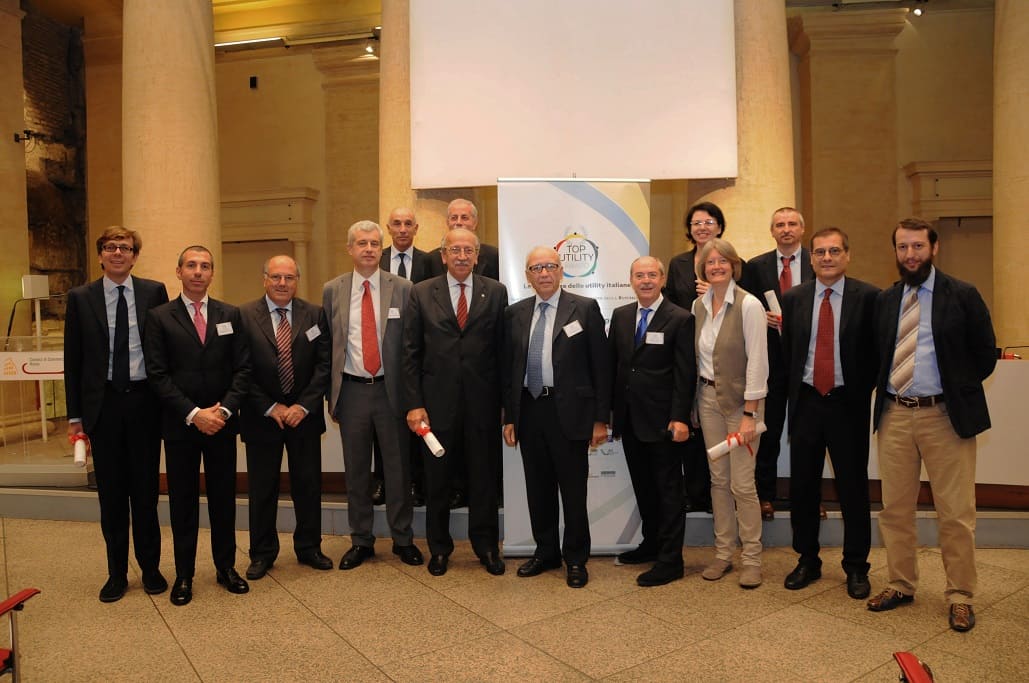 Under the High Patronage of the President of the Republic.

UTILITIES FOR THE ECONOMIC AND SOCIAL DEVELOPMENT OF ITALY.
THE EXCELLENCES OF PUBLIC SERVICES FOR THE REBIRTH OF OUR COUNTRY.

9.30 – 10.15 INTRODUCTORY SESSION
The value and prospects of utilities in Italy and Europe
Speakers:
Giancarlo Cremonesi, President of the Rome Chamber of Commerce and President of Confservizi
Gert de Block, Secretary General of CEDEC – European Federation of Local Energy Companies
Lucio Battistotti, Director of the European Commission Representation in Italy

12.45 – 13.30 FINAL AWARDS
The awards are presented by representatives of the organizations and institutions
Reporting of Merit to journalists for in-depth study of the issues of Public Utility Services
AWARDS FROM UTILITY COMPANIES

The 1st Edition of TOP UTILITY AWARD was held under the High Patronage of the President of the Republic. It ended in Rome on 23 October 2012 with an event held at the Sala del Tempio di Adriano: “Utilities for the economic and social development of Italy. The excellence of public services for the rebirth of our country”.
At the end of the round table the award ceremony was held with the announcement of the Winners: